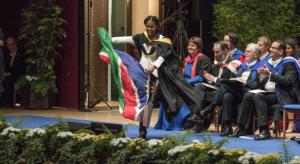 The title confirms that Dundee is one of the best places in the United Kingdom to be a student.

It follows the University being placed 4th in the UK for overall satisfaction in this year’s National Student Survey, while Dundee was also named the Best Place to Live in Scotland by the Sunday Times earlier this year. … 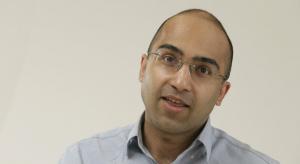 Scientists at the University of Dundee have confirmed that a key cellular pathway that protects the brain from damage is disrupted in Parkinson’s patients, raising the possibility of new treatments for the disease.

Parkinson’s is a disabling disorder of the brain for which there is no cure. Mutations in two genes called PINK1 and Parkin are associated with early-onset forms of Parkinson’s. Both encode distinct classes of enzymes that play a pivotal role in protecting the brain against stress. …

University of Dundee Campus Voted One Of The Best In UK 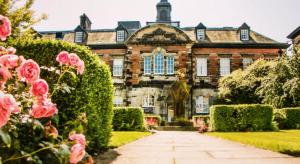 The University of Dundee has been voted as one of the best campuses in the UK – and top in Scotland – in a poll of students across the country.

Dundee came 4th in the rankings compiled by Student Crowd, a website that compares various aspects of university life by asking students to review their institution. It was the only Scottish university to be ranked in the national top 10 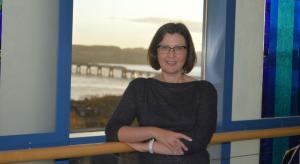 Professor Tracy Palmer of the University of Dundee has been named a Fellow of the Royal Society (FRS), the world’s oldest scientific academy in continuous existence.

Professor Palmer holds a Chair in Molecular Microbiology in the School of Life Sciences at Dundee. Her research career has been focussed on the study of bacteria. She is particularly interested in the processes by which bacteria such as E. coliinteract with their surroundings and has published over 100 papers on the subject, … 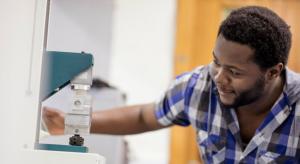 A team of engineering students from the University of Dundee scooped up first place in a prestigious competition held at Suzhou Institute of Biomedical Engineering and Technology (SIBET) in China this week.

More than 100 teams from around the world took part in this year’s biomedical instrumentation innovation competition, which sees teams design new medical devices.

This year saw the competition being opened up to international teams for the first time, …

Students at the University of Dundee have ranked their Careers Service as among the best in the UK.

Dundee came 3rd in the Career Services 2017 Awards operated by StudentCrowd, an online platform for students to review all aspects of their university experience. More than 7,000 students from across the UK were surveyed over the past year.

The University’s Careers Service offers a range of employability modules which students can take alongside their degree subjects. … 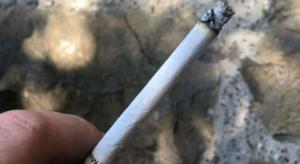 Smoking and diabetes are the two leading risk factors for peripheral artery disease (PAD), a narrowing of the arteries which can result in amputation, according to a study carried out at the University of Dundee and part-funded by the British Heart Foundation (BHF).

Diabetics who smoked were 16 times more likely to develop PAD than non-smoking non-diabetics.

Dundee is Scottish University of the Year – again! 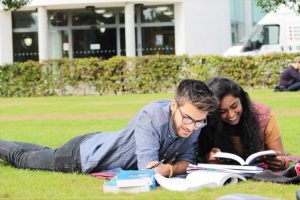 Dundee has been hailed for excellent teaching quality and student experience, being placed in the top ten in the UK for both key measures in the Good University Guide analysis. The Guide also noted the strength of research at the University and the institution’s economic, … 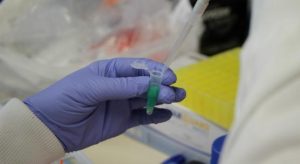 The world’s most commonly used Type 2 diabetes drug, Metformin, may be ‘repurposed’ to treat non-diabetic conditions according to researchers from the University of Dundee.

The international study led by Professor Chim Lang and Dr Graham Rena at the Division of Molecular and Clinical Medicine at Dundee suggests that there is now strong evidence that the drug exhibits an anti-inflammatory action which may prove significant in non-diabetic cardiovascular disease. 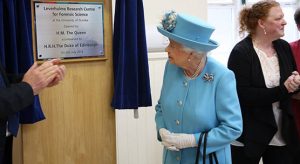 Her Majesty The Queen opens Leverhulme Centre for Forensic Science

Her Majesty The Queen has officially opened the Leverhulme Research Centre for Forensic Science at the University of Dundee.

The Queen and His Royal Highness, The Duke of Edinburgh, saw some of the world-leading forensic techniques being developed at the University, such as hands identification, innovative fingerprinting and a new generation of lifesaving smoke alarms.

The Leverhulme Research Centre for Forensic Science has been established at the University with a £10 million award from the Leverhulme Trust. …