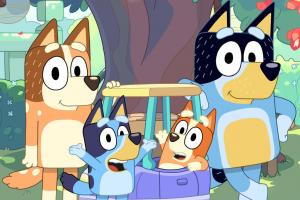 Bluey was nominated in the Kids / Preschool category. It caps off a remarkable year for the homegrown heroes, who shattered viewing records, won a Logie and took the show global, after inking a distribution deal with Disney.