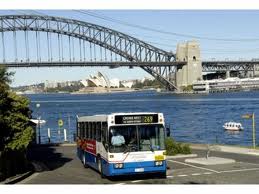 Studying at University of Sydney or maybe Macquarie?

International students studying in New South Wales will have access to special public transport discounts from 2013, the State Premier Barry O’Farrell has announced.

The Premier made the announcement in India where he is attending a trade mission promoting New South Wales as a leading study destination.

Acting Premier Andrew Stoner says the changes will represent travel discounts of up to 35 per cent on the full price of MyMulti passes, …